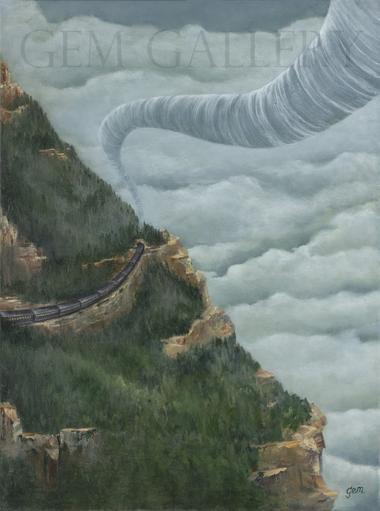 “The wind blows wherever it pleases. You hear its sound, but you cannot tell where it comes from or where it is going. So it is with everyone born of the Spirit” (John 3:8).

As eagles were created to ride on the currents of wind, so we were created to soar on the wind of God’s Spirit. However—in order to fly by faith into the realm where dreams are made and all things are possible—creative imagination is required. Without it—dreams can’t come true and the things worth doing don’t get done. The thought of childhood—without imagination—would be tragic. Adulthood—without it—would be even worse. Thankfully, our creative God thought of that when He created us in His very own creative likeness. So why has it become so hard for us—as adults—to imagine the miraculous and do the supernatural? What has happened to our hopes and dreams, and our thrill of adventure? Even though we were given the gift of creativity for a reason, most of us have been trained—from birth—to rely entirely on Greek logic and rational reasoning. Nevertheless, I sense that change is coming … even as the wind blows.

And blow it did—whipping and stirring the trees outside my studio window as “Winds of Change” began to tell its visual story on canvas. The power and presence of God was palpable as I painted the inspiration of two cliffhanger dreams in which I played an active role. In the dreams, I was one of many working slaves being held captive inside the cavern of a mountain (of logic). Void of imagination and hope, we did as we were told until I had an idea! “Perhaps we could escape our captivity via the train (of thought) that circled the outside of the mountain.” Without hesitation, I jumped on top of that powerful train (of thought) and tried with all my might to keep it on its tracks. Just as the train was about to enter a mountainside tunnel (a place of safe passage to the other side), I saw the swirling winds of a tornado coming to the top of the tunnel. I was not afraid! I knew the wind tunnel was God’s provision of rescue making a pathway of escape from the captivity of too much left-brain, monotonous logic in my thinking. It was time to break through to the other side—to think creatively again with my God given right-brain. Through this newly formed pathway, I was able to access my childlike imagination, reconnect in faith with my creative God, and come to a healthy balance of left-brain logic and a right-brain creativity in my thinking.

As the wind blew outside my studio window when I painted “Winds of Change”—I hear a storm brewing outside my office window as I am writing this story. I can only imagine what miraculous provision of rescue it brings. Could it be that the Lord of hosts, the Commander in Chief, the Creator of all that is in heaven and on earth is sending His wind—even the wind of His Spirit—to bring down established strongholds in our thinking that have held us captive for far too long. Greek logic, reasoning, and rational thinking can hinder us and stifle our potential if allowed to overpower the creativity God has put in us. We have been given a left and a right brain for a reason. With that in mind, it is time to let the creativity of our right brain flow again—in our imaginations, in our hopes, and in our dreams. How else can we connect with our creative God and accomplish heaven on earth or say to the mountains in our lives, “be removed,” and expect it to happen!

There is a battle going on in the heavens that is trying to cloud our minds and cause us to exalt intellectual thought above God’s wisdom; but the Lord of the changing winds and angel armies has the final say. And He says, “As the heavens are higher than the earth, so are my ways higher than your ways and my thoughts than your thoughts” (Isaiah 55:9 NIV).

Other scriptures confirming this say:

Lastly, Isaiah “saw the Lord, high and exalted, seated on a throne” in Heaven while fiery angels cried, “Holy, holy, holy is the Lord of hosts; the whole earth is full of his glory!” (Isaiah 6:1, 3 NKJV) In response to this revelation, he cried, “Woe is me, for I am undone!” (Isaiah 6:5 NKJV) When we, too, realize that there is no comparing ourselves to God, or our thoughts to God’s thoughts—we will cease to exalt anyone, anything, or any thought above that of our Creator. As we stand humbled in heart and mind before God—Greek logic can no longer hold us captive. Liberated to follow the Holy Spirit with the mind of Christ and be filled with His Glory we are ready for that which defies logic and releases the supernatural creativity of God. As Dr. Seuss says, “Oh, the places you’ll go!”*