In disguise and deception, Satan came “to steal, kill, and destroy” (John 10:10 NASB). He lured Adam and Eve to rebel against God’s perfect plan and surrender their authority to him. The pain of death and decay was felt for the first time by all creation. “But where sin increased, grace abounded all the more” (Romans 5:20 NASB).

Through Jesus death on the cross and His resurrection, Satan was stripped of all power and authority and God’s plan for man to reign over creation was restored.  As coheirs with Christ, all who receive Him as their Lord and Savior receive the fullness of His power and authority. Through Him, we have all we need to fulfill our original commission and thereby bring restoration to the world.

It is time for us to rise up in our royal calling as the sons and daughters of God. It is time for us to wear our crowns of righteousness and glorify the King of kings. We have been called to greatness; to manifest Christ on earth; to be today’s courageous heroes of the faith. We “can do all things through Christ who strengthens us” and gives us His Spirit of wisdom, counsel and might! (Philippians 4:13; Isaiah 11:2 NKJV) We have been made “kings and priests” to serve our God. (See Revelation 1:6 NKJV)

"God created man in His own image; in the image of God He created them, male and female He created them.  God blessed them, and said to them, 'Be fruitful and multiply; fill the earth and subdue it; have dominion over the fish of the sea, over the birds of the sky, and over every living thing that moves on the earth'" (Genesis 1:27, 28 NASB).

We are living on the edge of eternity and now is the time to be eternally effective.  Will we rise up to our high calling in Christ?  Will we bring glory to God? Will we help set creation free from bondage to decay and corruption?  Will we be fruitful and multiply the Kingdom of God on earth?  As we are led by the Spirit of God, WE, most certainly, WILL!  “For all who are led by the Spirit of God are the sons of God" (Romans 8:14 AMP).

"For the anxious longing of the creation waits eagerly for the revealing of the sons of God. For the creation was subjected to futility, not willingly, but because of Him who subjected it, in hope that the creation itself also will be set from its slavery to corruption into the freedom of the glory of the children of God. For we know that the whole creation groans and suffers with the pains of childbirth together until now" (Romans 8:19-22 NASB).

And the happily ever after of this story awaits!

We have been created, chosen, and crowned for this climatic point in the history of creation. Christ in us is the “hope of glory” (See Colossians 1:27) and all creation is groaning for the revelation of the mature sons of God as expressed in the book of Romans: 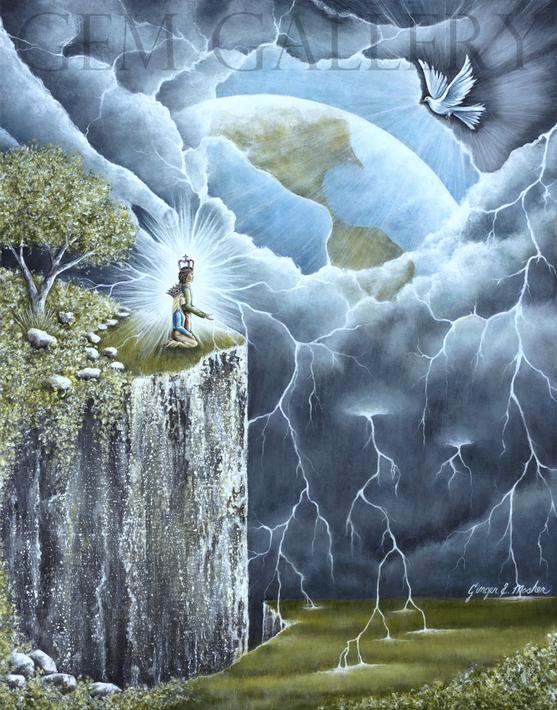 "we in the Body of Christ have what it takes to see our cities transformed. If we are willing to follow the burden in our hearts and take ownership for our community beyond what is expected, God will give us the strategies and strength to see breakthrough happen.
The Body of Christ is equipped to bring the kingdom of righteousness, peace and joy wherever we go.  We have power over the evil prince who keeps people in bondage.  We have love that causes people to know they are cared about.  We have grace that gives them the power to change.  We have mercy that picks them up when they fall.  We have courage that stands in the face of violence and brings peace, and we have wisdom that shows people how to live.  Most of all, we have an awesome Father who knows how to melt the hearts of His people.  We have the answers to the world’s problems and the devil’s devices.
John said, 'The Son of God appeared for this purpose, to destroy the works of the devil' (I John 3:8), and a few verses later he declared, 'As He is, so are we in this world' (4:17b).  Let us not stop short of imitating every work of Jesus Himself, for He has all authority in Heaven and on earth and has commissioned us to represent Him in His fullness.  He was the One who promised we, His royal family, would do even 'greater works that these' (John 14:12)."*